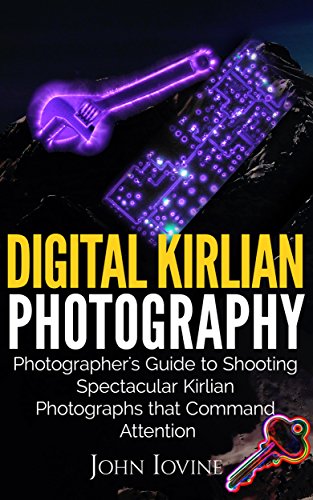 By participating in the photography experiments contained in this book, you will be working near high voltage electricity, which can produce dangerous or lethal shocks. Please be careful and follow all directions and warnings contained within this book.

All Rights Reserved. No part of this book shall be reproduced, stored in a retrieval system, or transmitted by any means, electronic, mechanical, photocopying, recording, or otherwise, without the written permission from the publisher. No patent liability is assumed with respect to the use of the information contained herein. While every precaution has been taken in the preparation of this book, the author, the publisher or seller assumes no responsibility for errors or omissions. Neither is any liability assumed for damages resulting from the use of information contained herein.

Illustrations and Other Materials: Courtesy of the Author

Trademark Acknowledgements:
All product illustrations, product names and logos are trademarks of their respective manufacturers. All terms in this book that are known or suspected to be trademarks or services have been appropriately capitalized. Images Publishing cannot attest to the accuracy of this information. Use of an illustration, term or logo in this book should not be regarded as affecting the validity of any trademark or service mark.

I have written on Kirlian photography for over two decades. This book focuses on using digital cameras to capture Kirlian images. My first book, “Kirlian Photography – A Hands on Guide” was written over 20 years ago, focused on using sheet film for creating Kirlian images.

In the intervening years since my first book’s publication I occasionally dusted off my equipment, made a few modifications and took a few photographs. One major change that has occurred from when my first book was published and now is the advent of digital photography. In keeping up with the new digital equipment, I have written material detailing how to use digital cameras, iPhones and low light video cameras for capturing Kirlian photographs.

I have compiled this information into this book. In addition, I have added material for using photo-editing programs, like Adobe Photoshop, to reduce noise, enhance and colorize the resulting digital Kirlian photographs.

I also updated the Kirlian photography circuits and devices themselves. The new devices are more versatile and easier to build. You will find everything you need to create stunning Kirlian photographs in this book.

There are numerous Kirlian devices being sold on the internet today. To sell their devices, the corona discharge in the resulting Kirlian photograph is claimed to be paranormal or hold information that can be decrypted by the company's Kirlian researchers. All my research to date shows the corona discharge can be explained by employing known physical laws, like changes in subjects skin resistance (due to factors like; stress-lying, illness, fatigue, alcohol consumption, etc.) without the necessity of invoking paranormal (bio-plasma) factors. Some other variable factors influencing the resulting Kirlian picture, as described by Stanford researcher William Tiller, include the object's pressure against film, air humidity, air pressure, voltage, frequency, and exposure time. If anyone has any evidence to the contrary, I would be more than happy to examine that data.

My company also sells Kirlian equipment. However we have never made any "paranormal" claims to sell our Kirlian photography devices. Our devices are sold to make brilliant Kirlian photographs, period. If one wants to do paranormal research with our devices that fine. Just know we make no claim that any interpretation of the corona discharge is due to anything other than standard variable physical parameters as already previously outlined. If you discover something different, please let me know. I am open to examine any new data that comes along.

What is Kirlian Photography? 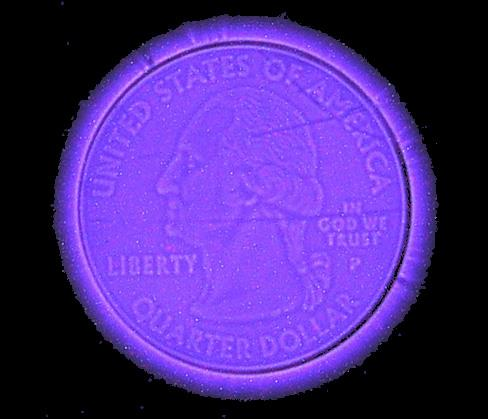 
The second, is when the corona discharge passes through the film, it activates the photosensitive silver halide crystals in the three dye layers of the color film. This is explained in better detail, later on in this chapter. Because of this dye activation, the resulting Kirlian photographed may contain colors that were not actually present in the corona discharge.

The high-voltage power source is connected to the plate. If the object is inanimate, it is connected to an earth ground. To take a Kirlian photograph, the room lights are turned off, or the Kirlian photography setup is covered in a light tight enclosure. Next the high voltage power source is turned on, once on, a corona discharge forms around the object. The HV power is kept on for a short time, 2-3 seconds to exposure the film. After the film is exposed and developed, the resulting picture or transparency is a Kirlian photograph.

This Kirlian photography set up may be used with the following types of cameras; digital, 35mm film, iPhone or a low lux video camera. I am illustrating the set up with a digital camera but the other cameras will work as well. The specifications for the cameras are provided in chapter 4.

Using a digital camera requires the use of a flat transparent discharge plate (TDP). The TDP itself is constructed using a glass plate with a transparent, but electrically conductive coating on one side of the glass. The transmission of light through the TDP is usually better than 90%.

The subject or object being photographed is in direct contact with the TDP. The high-voltage power source is connected to the TDP. If the object being photographed is inanimate, it is connected to an earth ground. The digital camera is manually focused onto the object through the TDP. The room lights are turned off, or the kirlian photography set-up is covered in a light tight enclosure. Next, the high voltage power source is turned on, once on, the feeble light from the corona discharge should be visible around the object. Next the digital camera shutter is tripped to make a timed exposure of 10-15 seconds. When the camera's shutter closes the high voltage power source is turned off. The digital camera should have recorded the corona discharge around the object which is a Kirlian photograph.

There was a flurry of research on Kirlian photography in the early 1970s. However, most of this experimentation was not under controlled laboratory conditions. This invalidated the work and conclusions drawn from it. In order for science to accept any data, the research and its results must be repeatable by other scientists. This is accomplished by using the scientific method with measured and controlled parameters.


Pursuing Kirlian photography for its potential scientific value is a harder road to travel. Any reports, of human bio-plasma fields and Kirlian auras that foretell illnesses will be met with a fair amount of skepticism from the scientific community. So, if you pursue scientific research, it’s important to control every variable over every experiment and keep scrupulous records of controls and results.

We will not be pursuing Kirlian photography for its scientific value in this book. However, you can learn a little more about the science in Chapter B.

For the most part, as photographers we don’t need to employ strict laboratory controls. However, we still want to produce the best pictures possible. Photographers learn that the patterns and "aura" of electrophotographs are predominately determined by conductivity of the object, pressure on the plate, air spacing between the object and the plate, length of exposure as well as moisture content of the air.

Many Kirlian photographs show a wide range of colors, that includes reds, greens, blues, and white. If the corona discharge is predominately blue-violet, where do these other colors come from?

To answer this question, you must examine the structure of color film. Color films are made with three separate silver halide dye layers. Each dye layer is designed to respond to a specific color of light: one for red, one for green, and one for blue (Figure 1-4). This arrangement works very well when exposing film to light in a standard camera. The colors in the image projected onto the film plane are accurately recorded in the film layers.

With Kirlian photography, the high voltage electrical discharge (corona discharge) generates its light by photo ionization of the air, which is predominately nitrogen gas. This light contains a high component of UV light. If the film on the exposure plate buckles slightly, it creates an air gap where photo ionization can occur. Air gaps occur from too much pressure or uneven pressure between the object and the film. In addition, the corona discharge travels through the film layers where it can activate the silver halide crystals inside the dye layers and create color in the resulting Kirlian images that do not exist in the color of the corona discharge.

Digital cameras as well as other cameras; iPhone, video and film, that use a Transparent Discharge Plate, usually capture the true blue-violet color of the corona discharge in their photographs. However, the color of the corona discharge in the digital images may be changed, manipulated, and enhanced using a photo editing program like Adobe Photoshop (Figure 1- 6). Photoshop may also be used to reduce and remove noise in digital photographs that typically accumulate in the long exposure times needed to capture Kirlian images as is shown in chapter 6.

There are three main components you need to begin shooting digital Kirlian photographs, as well as a proper area or enclosure in which to shoot. A proper area is one where you can turn off the lights to achieve relative darkness. If a proper area is not available to you, you can instead, make a basic light tight enclosure, as detailed in chapter 5, for the Kirlian photography set-up. In each case darkness is the main requirement for shooting because it allows the camera to capture the feeble light from the corona discharge.

The three main components that are required are:

You may buy or build a high voltage power supply and transparent discharge plate. In the next two chapters I will show you where you may purchase as well as how to build both. In chapter 4, I will go over the minimum requirements for your digital camera(s). The following chapters are on shooting Kirlian photographs and photo-editing the images for cleaning up noise and color manipulation.

What makes a high voltage power supply safe? Keep in mind that “Safe” is a relative term; all high voltage power supplies are potentially dangerous and will give a shock if used incorrectly. What I personally consider a safe power supply is one whose output current is 1 milliampere (1mA.) or less. I consider this low current to be non-lethal. And yes if you’re interested I have shock myself many times when creating Kirlian photographs with my 1mA. HV power supply, while not pleasant, it’s obviously non lethal. Voltage doesn’t kill current does.

The first question is to build or buy. There are a number of companies that sell high voltage power supplies and kits. I will look at one kit here. Now you do not have to purchase the kit. The schematic and parts list is also provided and you can use point to point wiring on a breadboard. The kit just makes it easier.